GPT3 and AGI: Beyond the dichotomy – part one 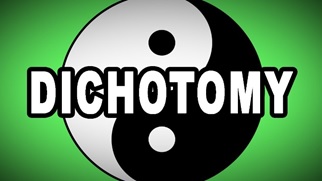 Earlier this week, I spoke at an interesting online event organized by Khaleej times in the UAE (UAE’s longest running daily English newspaper).

This two-part blog is based on the talk. I addressed a hard topic – and one which I hope sparks some discussion.

To summarize my talk:

In part one – I lay the background of the discussion in more detail.

Narrow AI – systems that can only perform one specific task.

Strong AI – AGI (Artificial General Intelligence). – which could perform any task as well as a human being, is a much harder problem because AGI needs to understand the context.

GPT-3 – Created by OpenAI with a large investment from Microsoft, GPT stands for Generative Pretrained Transformer. GPT-3 is displaying some amazing results. Some call it more like AGI.

PS – I had to refer to a few papers and links which are all mentioned in the text or at the end of part two.

Outside of research circles (and scaremongering media!) – AGI is not on most people’s radar. AGI would not have been a topic of recent discussions had it not been for GPT3.

So, there are two initial questions to consider:

Can we build AGI using current tools, OR do we need to make new fundamental discoveries about the mind/consciousness works?

Ray Kuzweil said in his book How to create a mind

“there is no fundamental difference between humans and machines, and that humans are machines whose “intelligence” emerges from the interplay of the many unintelligent but semi-autonomous agents that comprise the brain.”

Aka if we define ‘intelligence’ as emerging from the interaction of many simple, semi-autonomous entities – then there is no difference between human intelligence and intelligence from artificial neurons.

The alternate view is: we are missing key components to create artificial minds and we (as human beings) need to add these elements. In doing so, we create intelligence (conveniently in our own image)

What are we missing in the second view?

So, coming back to the first view i.e. simple interactions lead to intelligence without humans imposing any criteria on it .. then that means its simply a matter of throwing more data and computing power at the problem.

A recent essay also refers to this idea – “The Bitter Lesson”

when researchers have tried to create AI programs based on human knowledge and specific rules, they’ve generally been beaten by rivals that simply leveraged more data and computation. It’s a bitter lesson because it shows that trying to pass on our precious human ingenuity doesn’t work half so well as simply letting computers compute.

The ever insightful Geoffrey Hinton tweeted cheekily: “Extrapolating the spectacular performance of GPT3 into the future suggests that the answer to life, the universe and everything is just 4.398 trillion parameters.”

All this points to AGI potentially arising organically

In the next section, we explore these ideas further